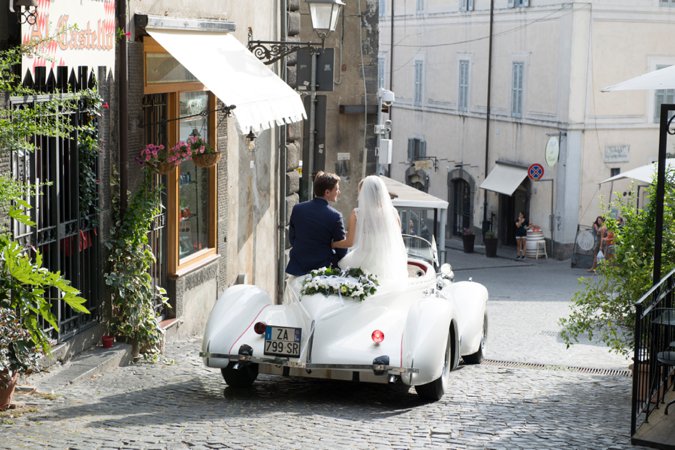 Whilst the UAE has so much to offer in terms of beautiful wedding venues and talented vendors, some couples are in the lucky position of being able to have a destination wedding. This is particularly useful if you want to have an outdoor wedding during the summer months, or if most of your friends and family are living in a similar area, and you would prefer to meet somewhere nearby rather than have them all travel to Dubai. 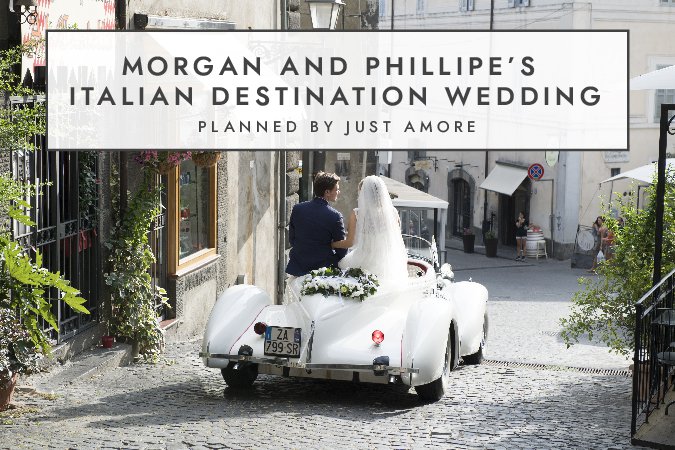 Morgan and Phillipe are one such Dubai couple who opted to have their wedding in Italy, under the guidance of our destination wedding planning vendor Anna K of Just Amore. Anna specialises in organising weddings at various locations throughout stunning Italy, and today’s wedding is no exception! Taking place in June 2017, Morgan and Phillipe had their heart set on a big Italian wedding, choosing the luxurious Castle of Orsini-Odescalchi just outside of Rome. Below, Anna tells us all about the planning process, and how she helped the couple to have one of the best days of their lives so far. Enjoy!

A Note From The Destination Wedding Planner

Above: Anna K of Just Amore

Italy was always Morgan and Phillippe’s first choice for their wedding, as they thought it was one of the most romantic countries in the world. They had visited Italy many times and fell in love with the richness of Italy’s history, its grand architecture, and the warmth of its people.

I sat down with this lovely young couple and discussed their vision. They wanted a stunning location to seal their union and wow their guests; 270 family and friends from the four corners of the world were expected to attend this event.

My first step was to preselect some venues that would meet their expectations, and we decided that a trip to Italy would be a good idea. I also arranged appointments for them to meet potential vendors, such as florists, caterers, musicians, etc so that they would have an idea on who would participate in creating their event. In addition, Morgan wanted to see a bridal atelier to order her made -to-measure wedding dress. We flew to Rome and spent four days scouting venues, meeting vendors and defining the key points of their event. 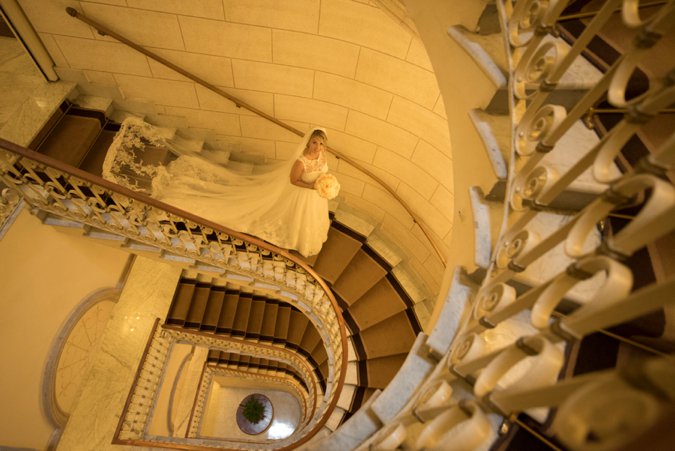 The couple fell in love with the majestic Castle of Orsini-Odescalchi, which is a few kilometres from Rome, and also hosted the wedding of Tom Cruise and Katie Holmes. 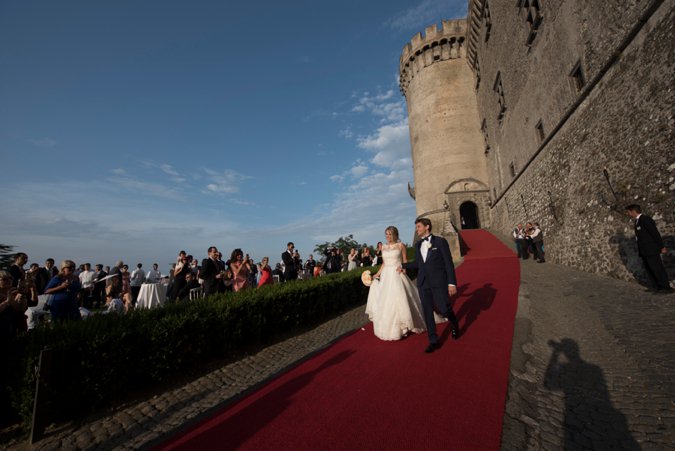 The planning then began. Morgan and Phillipe wanted a traditional wedding with a twist of modern touches and a wedding celebration that would last three days! A wine tasting in an old patrician palace with a show of three tenors would take place two nights before the wedding itself. The rehearsal dinner would be offered in a modern structure on the top of an ancient building with a beautiful view of the city. Then the wedding day in the medieval town of Bracciano with its enchanting atmosphere would take guests back in time.

The best part in my job is when I see the vision of the couple unfolding in front of their eyes: the flowers, the music chosen, the menu carefully studied, the cake design….

From the booking of hotels and the transportation of the guests, to making sure beauty parlours would open for guests on a Sunday, every detail was thought through. Shade umbrellas, fans, safe heels and customised slippers for dancing were ordered. Welcome bags were placed in the hotel rooms with schedule of events, tips on the city, and favours such as spices for cooking, a bottle of wine, Italian recipes and a personalised set for the kitchen. 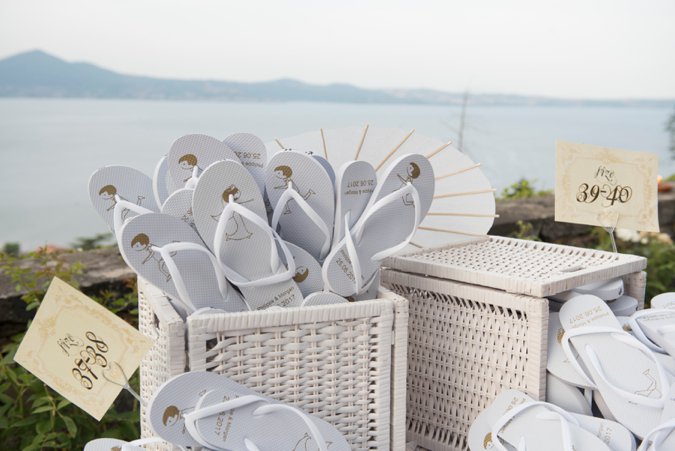 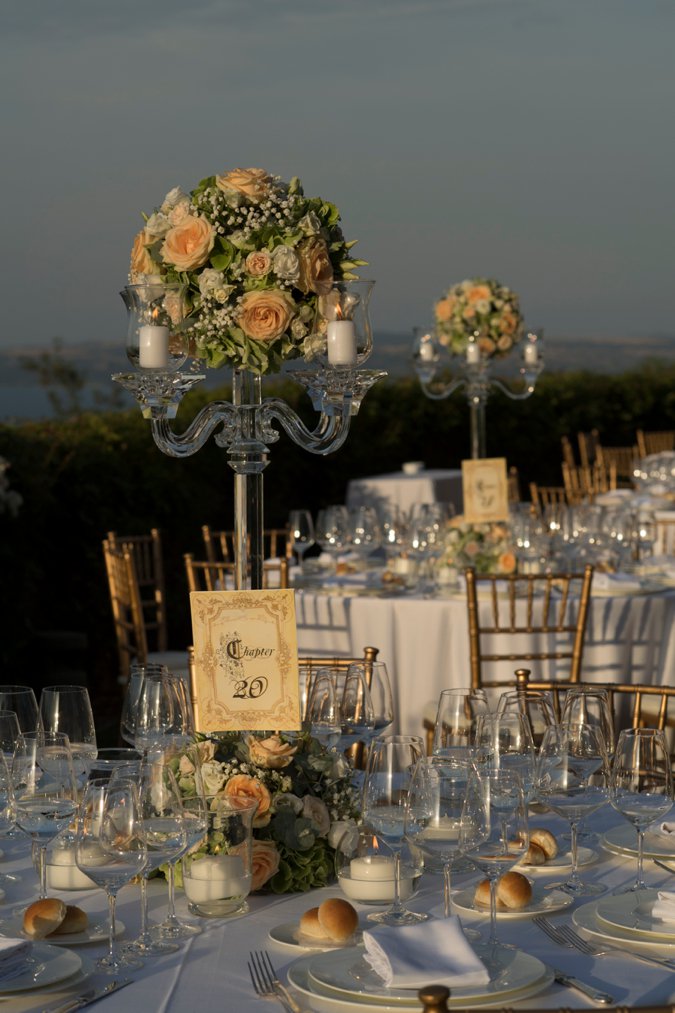 Finally, the much-awaited day came. The ceremony took place in the medieval church of the small town of Bracciano, linked to the castle by a secret tunnel. The palette of colours was soft orange, ivory and peach. We had many candles scattered among the flowers for a dramatic effect. Philippe had selected a choir music conservatory of Rome to sing the beautiful melodies he had chosen for the ceremony. The bride’s entrance was not to the expected Wagner’s Bridal Chorus but to a gospel version of Hallelujah by Leonard Cohen. 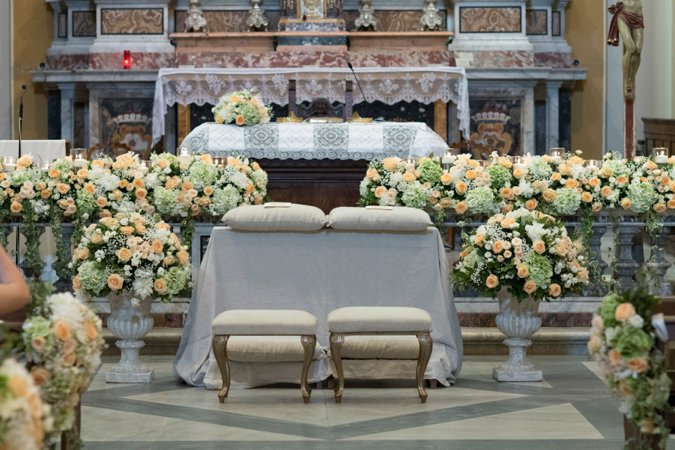 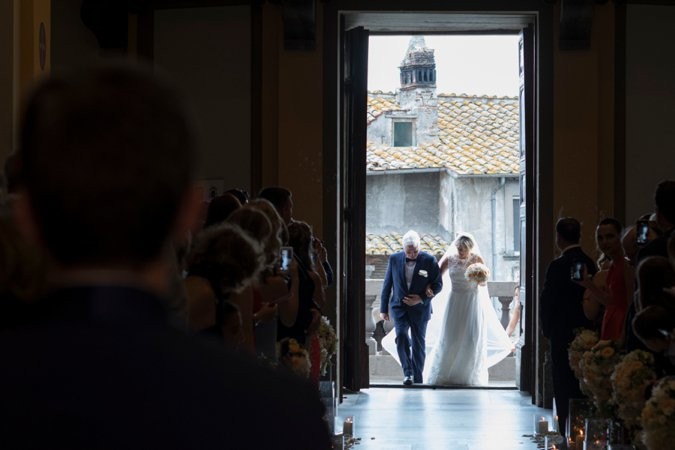 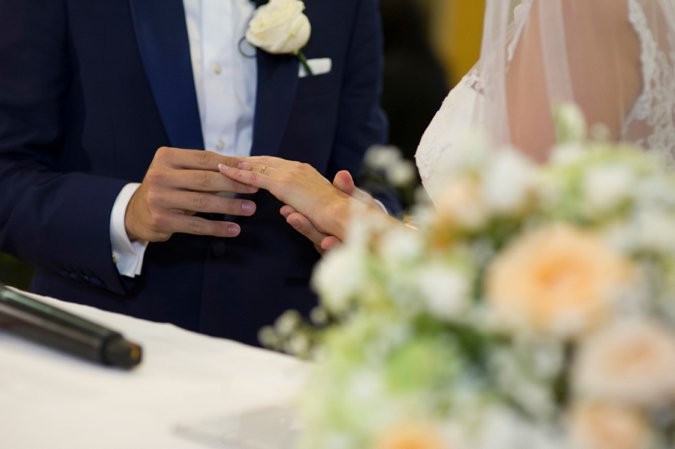 At the end of the ceremony, the couple left the piazza in a beautiful vintage car – an Auburn Speedster Cabrio – and headed for a photo shoot in the towers of the castle, while their guests were accompanied to attend the lavish cocktail that took place at the foot of the magnificent castle with a breath-taking view of the lake, complete with the sound of mandolin and Italian folk songs. A rich dinner buffet of Italian specialties was then served in the secret garden under the refreshing shade of Cedars from Lebanon. Different pasta dishes were cooked in front of the guests. There was even a live station for a mozzarella ‘making’ where you could taste on the spot fresh cuts of this typical Italian cheese. 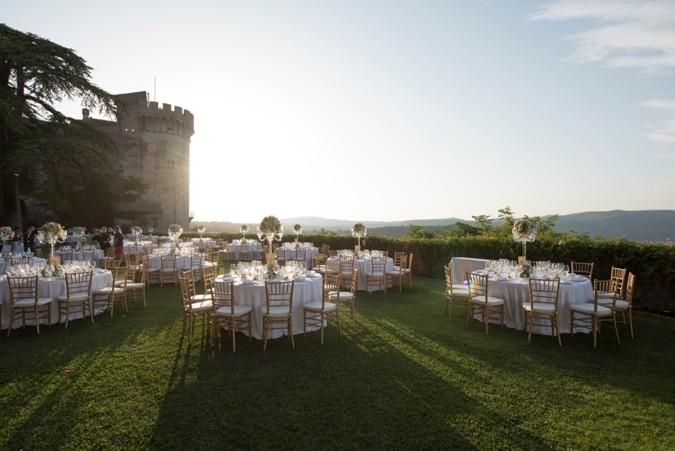 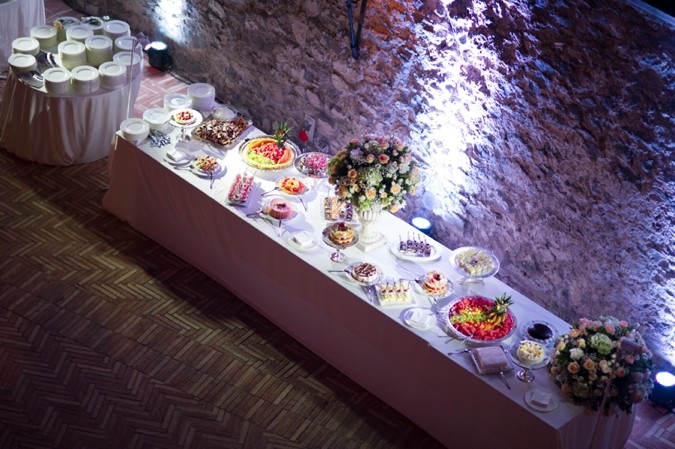 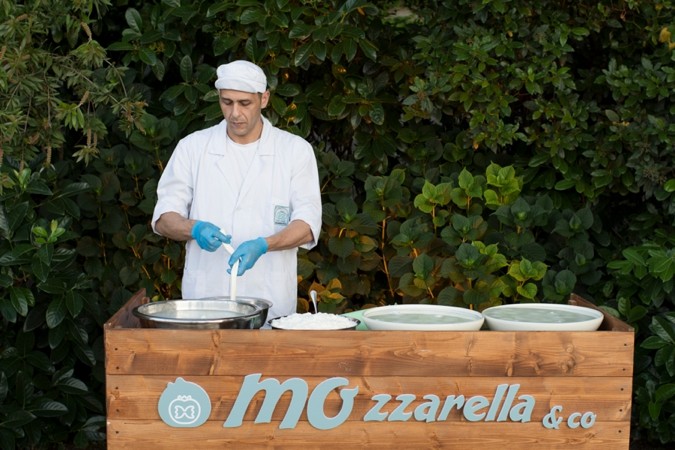 The cutting of the cake was set in the spectacular courtyard surrounded by magnificent arches and accompanied by an amazing firework display. A huge dessert buffet was set up. The party kicked off with Morgan and Philippe’s first dance. Morgan had opted for a different hairstyle for the party with a crown flowers in her hair. An international band performed for the first part of the reception, singing tunes chosen by the couple. At midnight, the wood fire oven was lit in the centuries old kitchen and pizzas were cooked in front of the guests who could choose their own toppings. The party then went on until 3am! 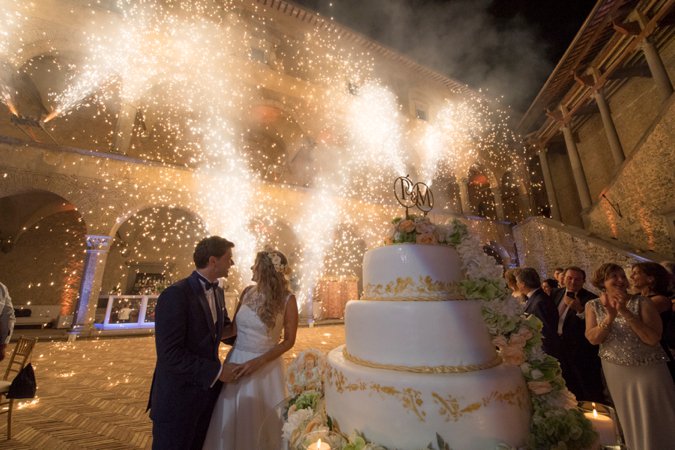 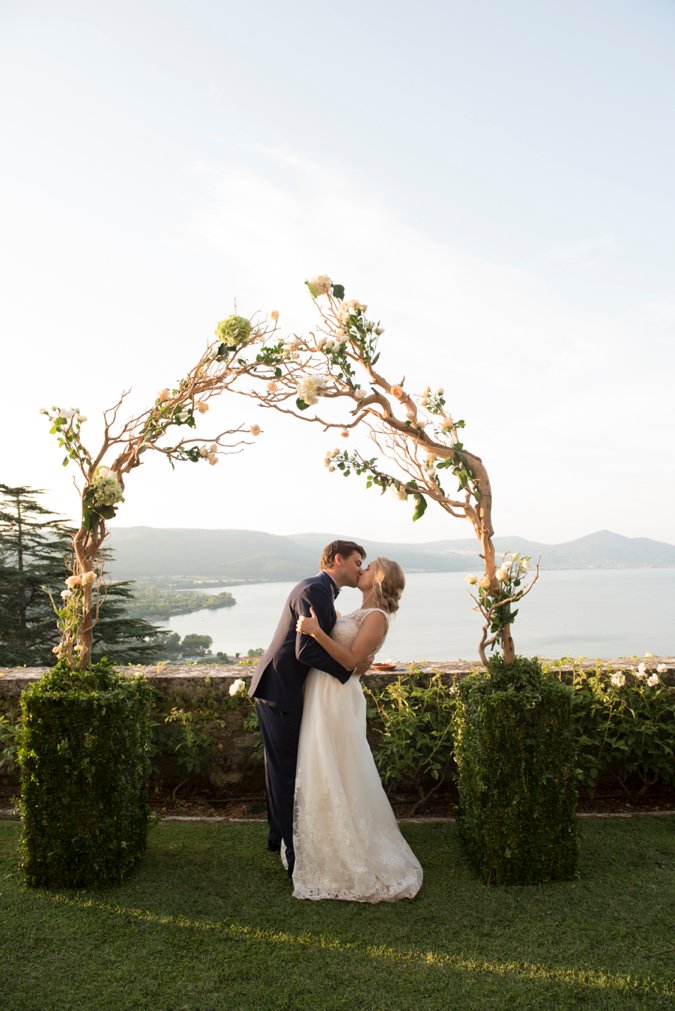