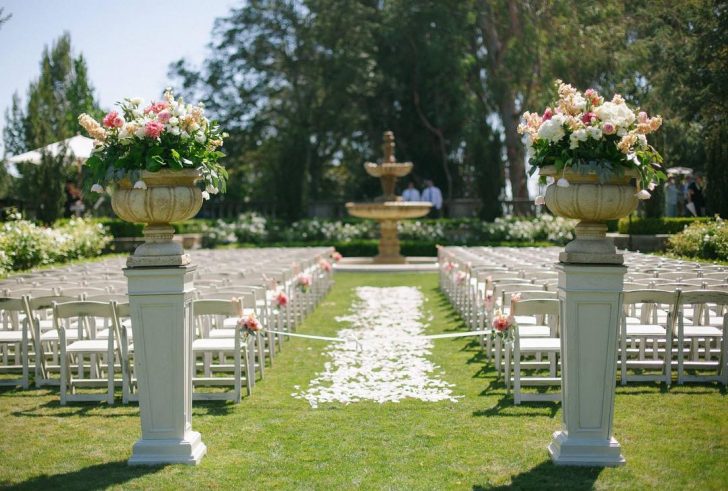 Michele Fox Gott is an award-winning celebrity wedding planner whose events have been featured in every major publication around the world, from The New York Times to The Daily Mail, as well as features in all the hottest glossies including People Magazine, Us Weekly, InStyle Ok and Hello, on reality TV & Entertainment Tonight, Access Hollywood and The View. 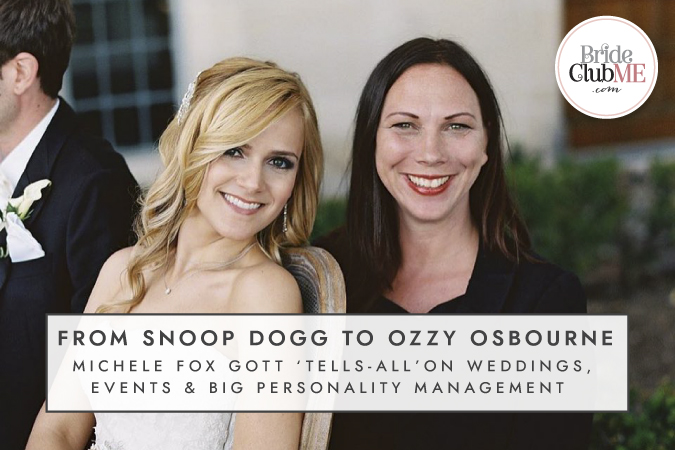 If there’s one thing no one questions, it’s Michele’s ability to turn fantasy into reality, we only have to look at her ‘Dante’s Inferno’ wedding room for Kat Von D as the perfect example of her wizardry. But how did she become an event planner in the first place? And how does she manage such big personalities under even bigger pressure?

The Bride Club ME Team recently caught up with Michele at the Planners Xtraordinaire Congress in Georgia to get the inside scoop on her rise to stardom and her evolution as a wedding planner. Enjoy! 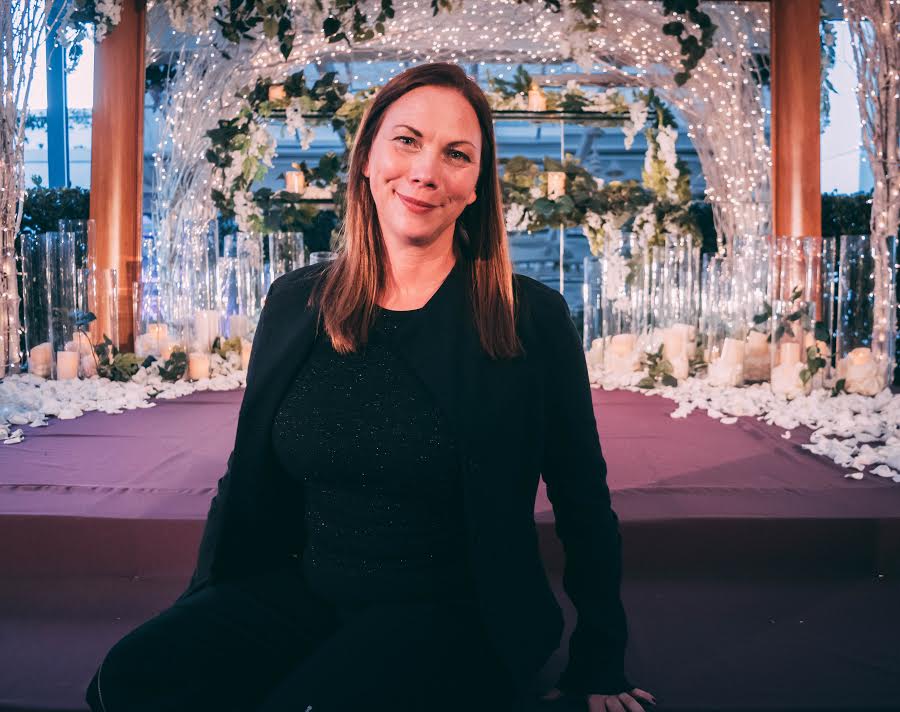 Tell us about your company Center Of Attention Events and how you got started?

I started working for a catering company and one of the first clients I worked with was Nordstrom who needed us to repeat events at several different locations, but there were no décor/prop rental companies in the market at the time. So, I started buying and one of the first items I needed were centerpieces. Taking a leap, I billed these out to the client under the name Center Of Attention Events. 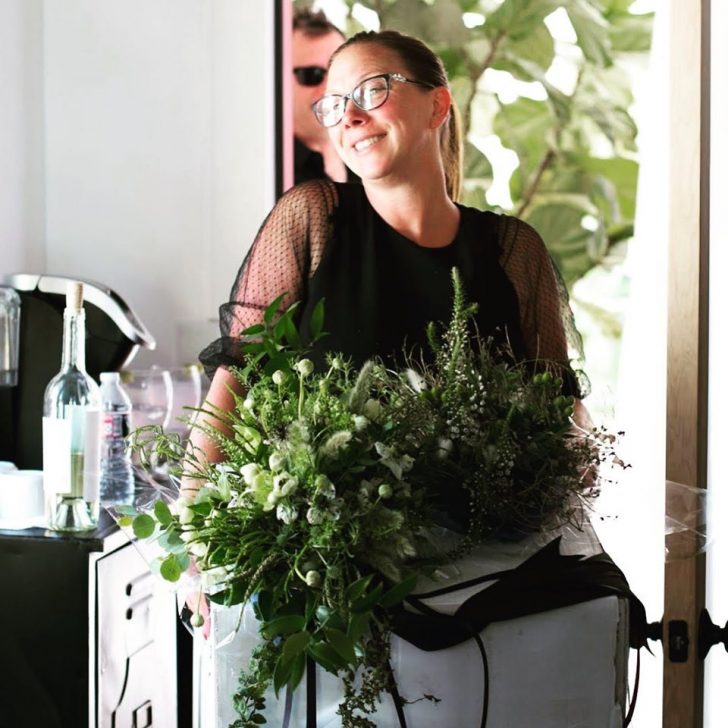 So, that was your first step into the events industry, but tell us about your first client as a wedding planner – The Osbourne’s. When you planned Sharon’s 50th birthday/Sharon & Ozzy’s 20th wedding anniversary vow renewal party, had they given you a specific theme to work with? What was Sharon Osbourne’s level of involvement as a client?

I had very little time to sit or speak with Sharon before the big day. In fact, she gave me just three clues for the journey of her big day; we had been talking about the party and  looking through linen samples and I’d asked her about invitations, so she held out red taffeta and red organza linen samples and said “Use this for the envelope outside and this for the invitation inside.” (Not at all what they were intended for!) Then, she saw a pamphlet for the linen company that had an illustration of a chair back on it which reminded her of a women’s corset, this made her think of Marylin Manson’s wife Dita Von Tease, the now (thanks to the vowel renewal) very famous burlesque dancer and decided on her for the entertainment. The one thing she had decided upon, prior to our meet, was to incorporate Ozzy’s song ‘Mama, I’m Coming Home’, so we printed the lyrics onto the fabric invites.

Due to the circumstances of her illness, the rest of the ideation came from me and what I knew from my established relationship with her. For instance, I had known that she had been to the Queen’s 50th Jubilee party, which was in The Mall (the area outside of the Buckingham Palace), in London. Being the Queen of Rock & Roll that Sharon is, and given that it was her 50th birthday and she loves to shop, I decided she needed a ‘mall’ too. I secured sponsors from brands such as Sacks 5th Avenue & Godiva, who covered the costs of constructing the store-fronts and supplied gifts for all of the guests, personal to the couple. I added other personal touches to include credit cards with their kids’ birthdays as the serial numbers and had The National Enquirer print a special edition version ‘The Ozquirer’ detailing epithets and memories of their lives together as a couple. 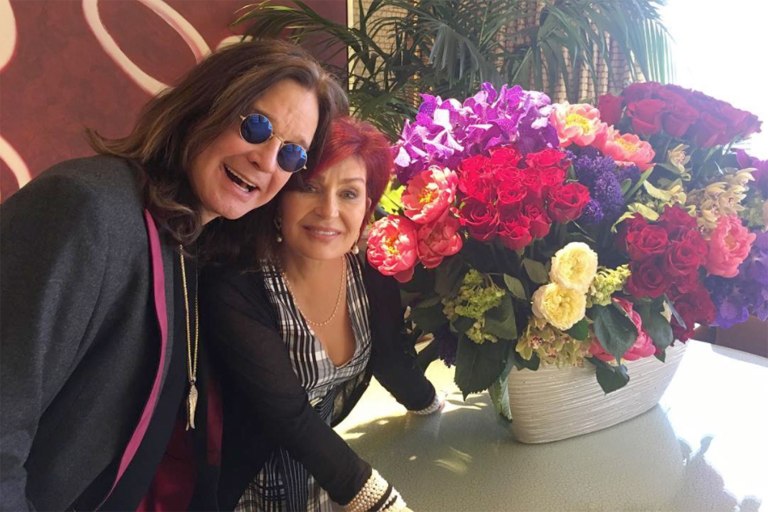 That ability to create personal experiences as a wedding planner is definitely an art form that we’d love to hear more of. What can you tell us about Kat Von D’s wedding that you planned?

She’s another client who became a friend, who I’ve known for 12 years now. My first time to work with her was as a caterer for a dinner at her house with the Sephora execs at the beginning of her career into the beauty industry. So again, I had the benefit of a seasoned friendship together before planning her wedding, which allowed me to hone in on her vision. We also share a love for Gothic & Catholic architecture and her love of religious iconography really shaped the whole vision of her big day. There were two main rooms with three themes; a floral archway entrance to resemble The Garden of Eden, an all-white reception room with lots of flowing white material and symmetrical draping, video mapping projections of images of the couple along the walls and a fluffy white carpet and an all-white cross centerpiece made from candles… 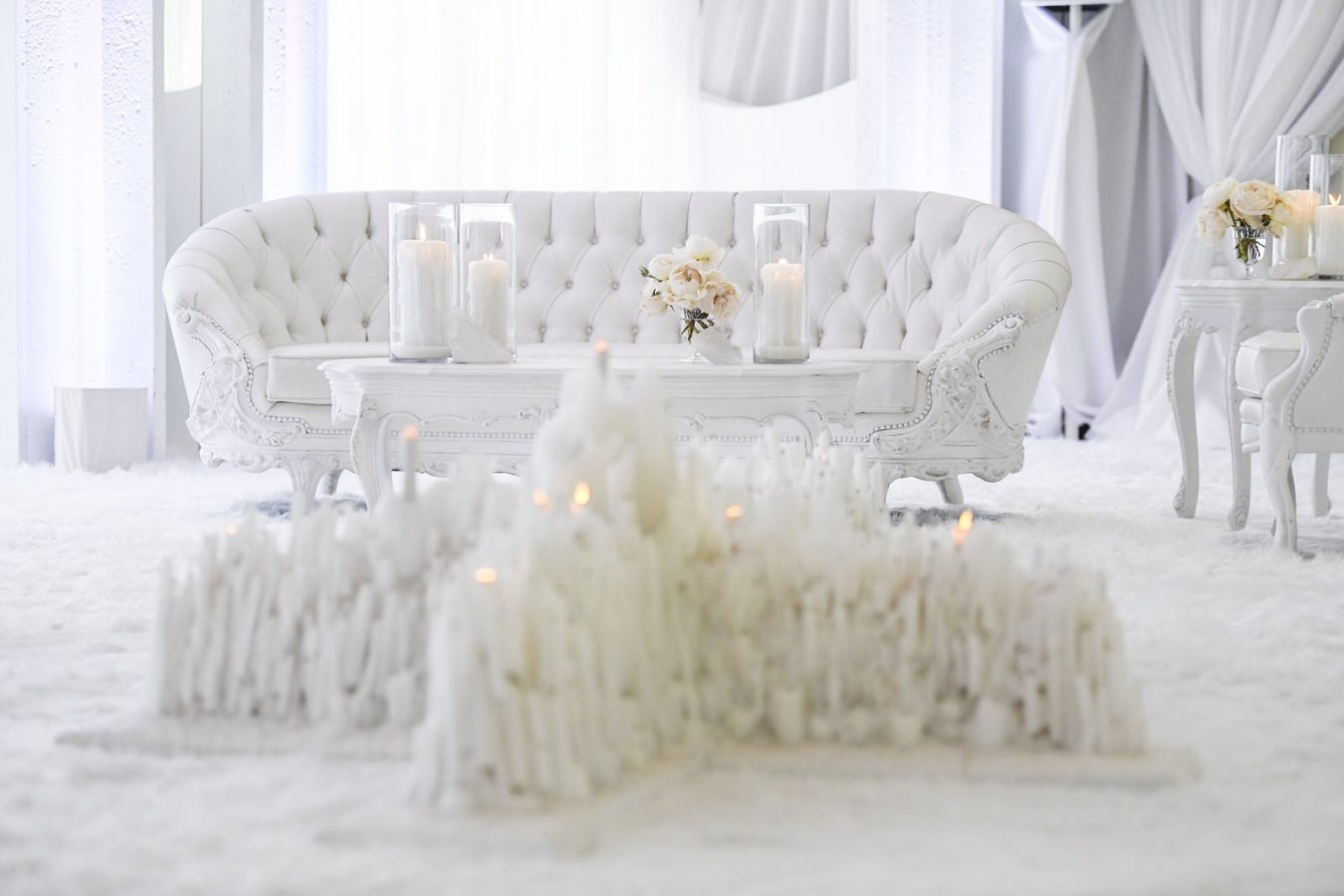 …Wait! That can’t be safe? … A fluffy carpet and dripping lit candles all over it?

Well, I had all the candles pre-burnt down to get the gothic dripping aesthetic first, then I added in some battery-powered candles for the ‘lit’ ones.

The ceremony room was drenched in red and modeled on the artwork of ‘Dante’s Inferno’. It became the 4th most searched wedding on Google in 2018. It lost out to The Royal Wedding (of course), one of The Jonus Brothers weddings (that had had a big lead up on a reality TV show) and Priyanka Chopra’s, which drew a lot of parallels to Kat’s. 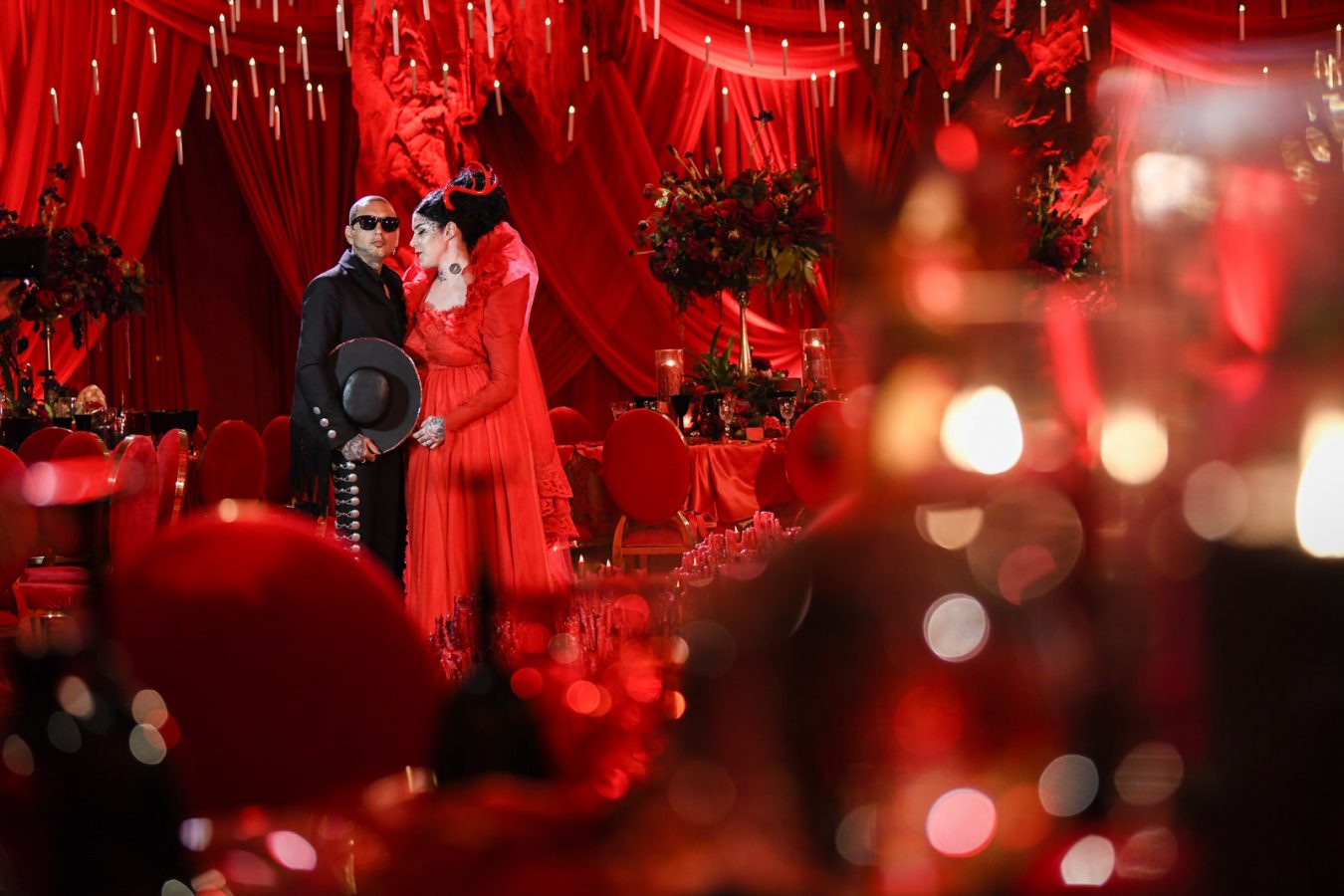 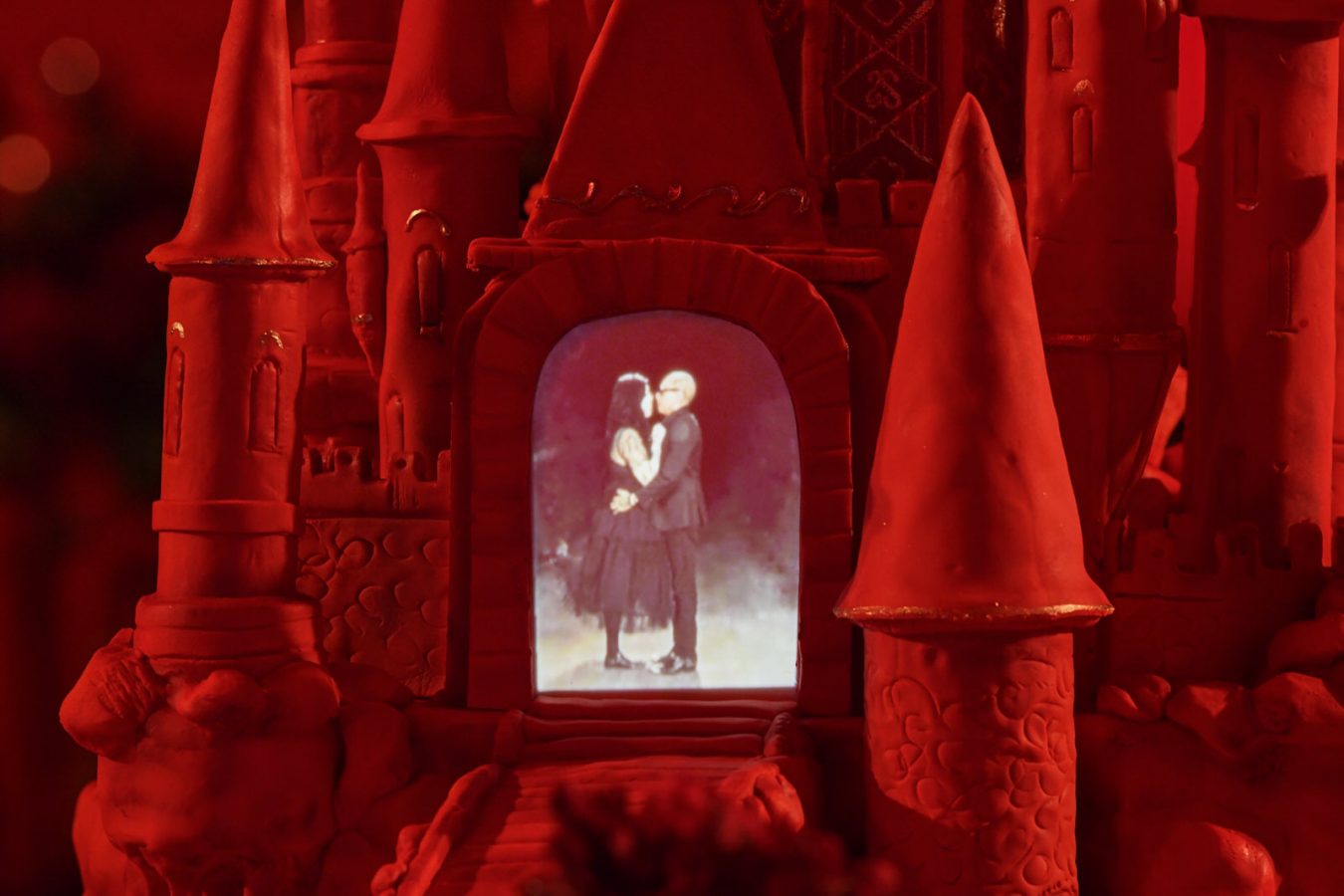 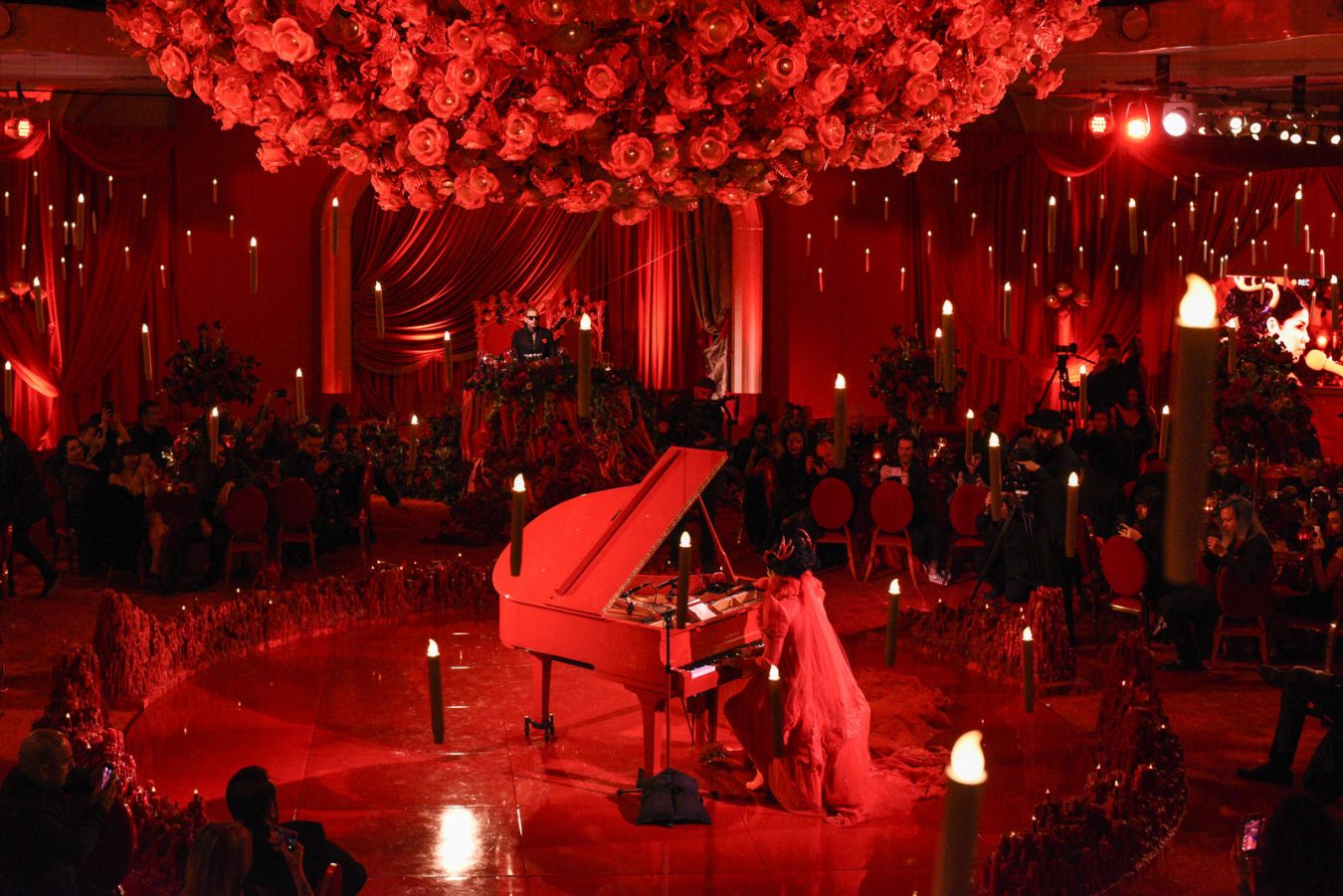 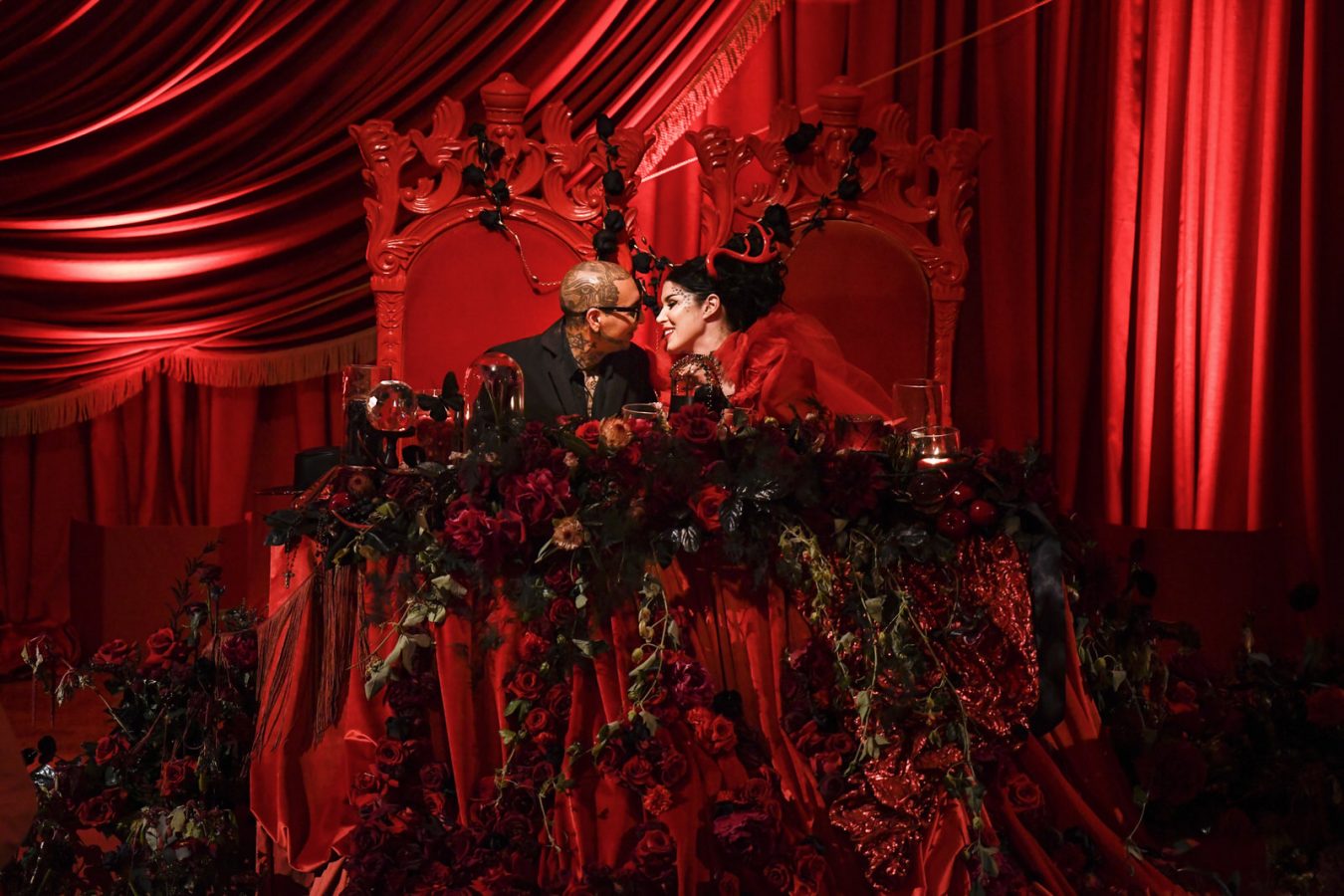 That’s a huge achievement and we loved following all the media coverage and seeing the pictures on social at the time. How about this region, have you ever organized a wedding in Dubai or the UAE?

I haven’t, but I’d love to! I love Dubai! I see it as a better version of Vegas; everything is bigger and better and it thrives on creating the ultimate fantasy, turning dreams into reality, which is exactly what I aspire to in my work.

What is your all-time favourite wedding destination?

The House of Medici, just outside of Florence where they’d entertain – it’s right in the Tuscan hills and it’s so beautiful. It’s actually where Kim and Kanye had their wedding. This, and the other House of Medici property, a vineyard, which is surprisingly affordable – for around 30 guests, with accommodation on the property, it’s about $20,000. You’ve taken us on a spectacular journey so far, I almost feel as if I attended some of these events myself, so a huge thank you for that! But let’s get down to the crux of the wedding planning business. What would be your biggest piece of advice for aspiring wedding planners out there?

Start in another industry to learn events from a 360 standpoint first. Whether it be catering, or flowers, or something else, it will ease you into the world of event planning and teach you a lot about the processes. You’ll also get to build up some client relationships that may culminate in a wedding someday, like my instances with Kat Von D & Sharon Osbourne. You will already have a wealth of knowledge about them to draw upon for personalizing the experiences you can offer. 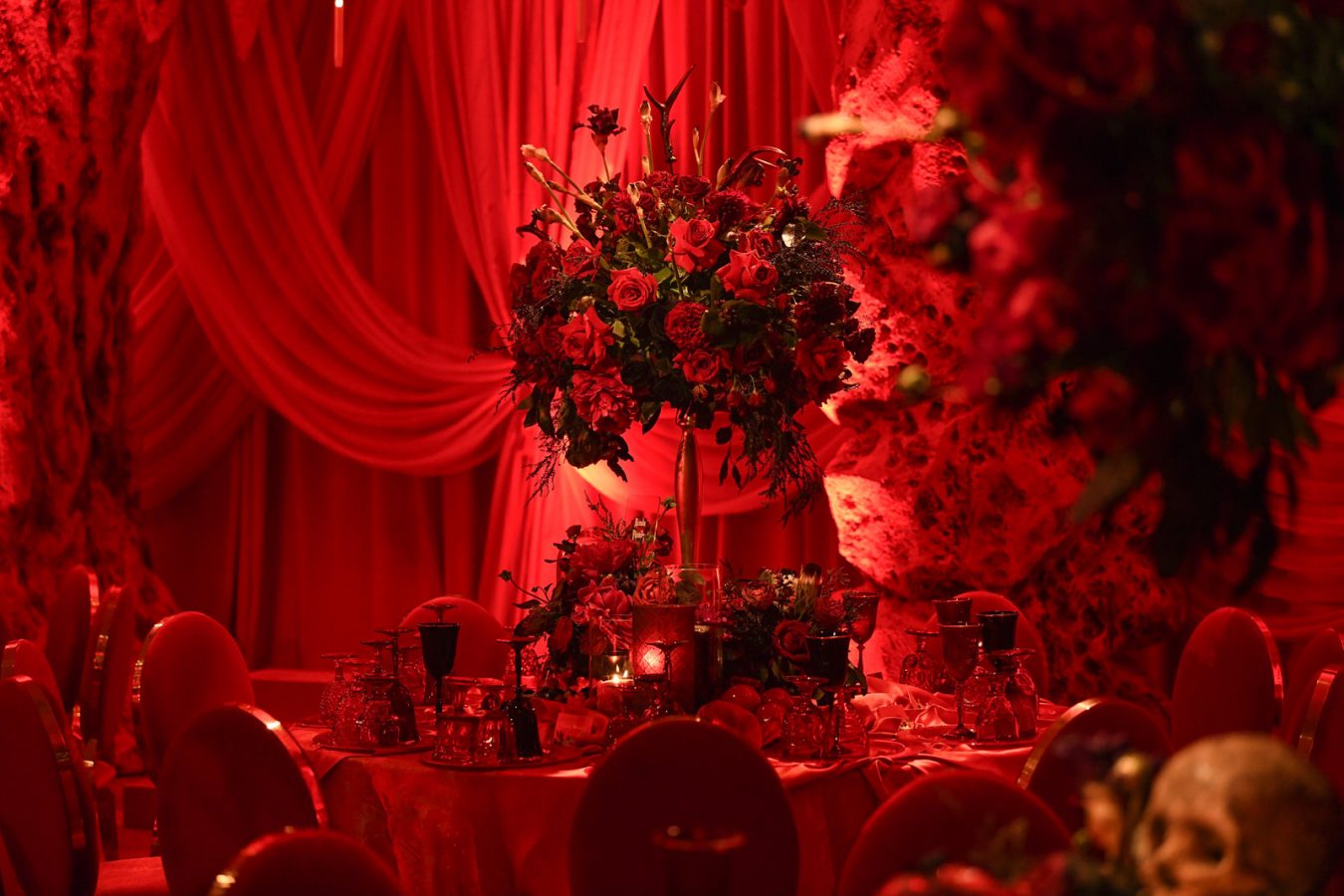 Alongside Kat Von D & Sharon Osbourne, you also planned Snoop Dogg’s vowel renewal to his childhood sweetheart. But how would you educate couples and set expectations on pricing for a premiere service when they have a limited budget?

First, I ascertain the couple’s priorities, if that’s the venue, then I look at cutting back from other areas and from there, I can create a budget template where I give them vendors and alternatives that work within that budget framework. That way, the multiple options steer the couple into a feeling of optimism rather than defeat. 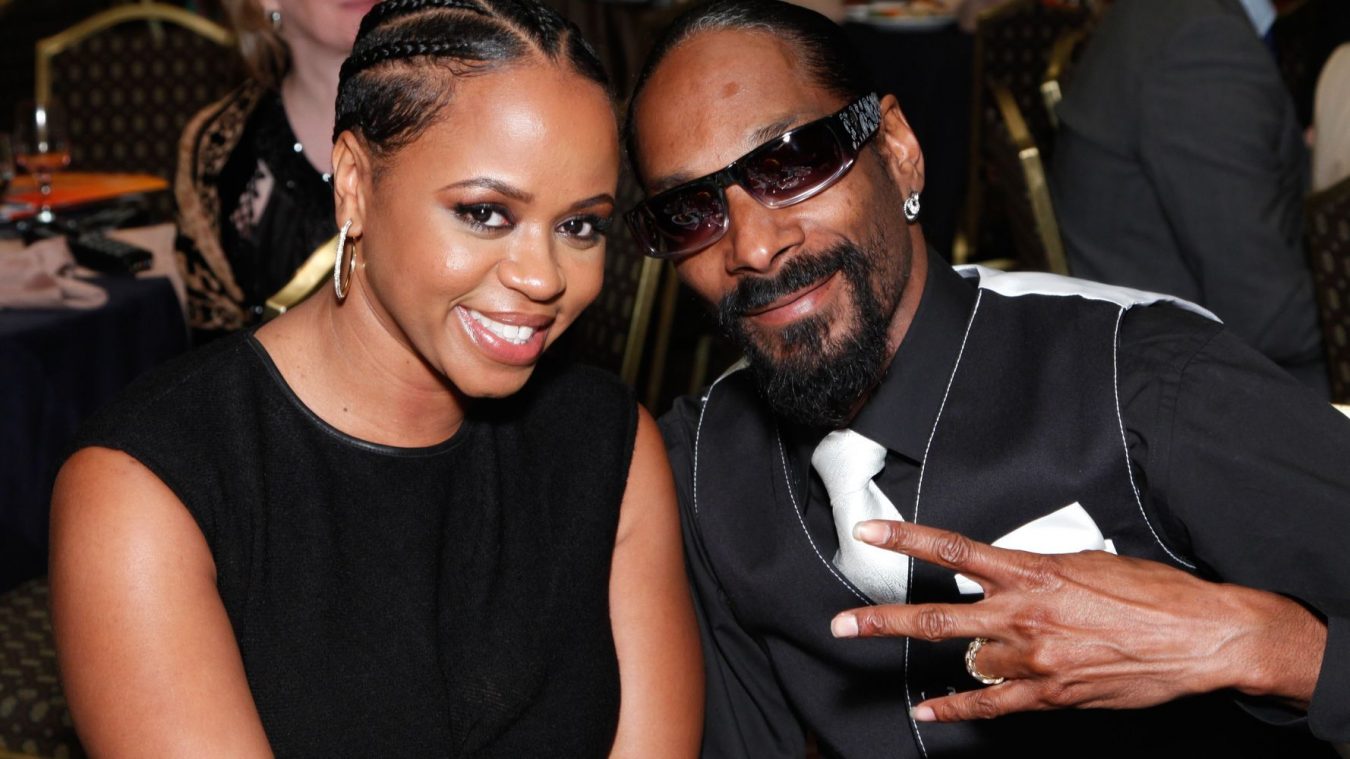 What about the dreaded inevitable: coming across a couple or bride that you don’t feel you’re the right fit for, how do you deal with that situation?

I don’t do a flat rate, I bill custom pricing after I’ve met the couple. I know when to add in a cost for possible loss of time (surplus to requirement), that will usually result in a far higher price than the client expected, which will either move them on elsewhere or duly compensate me in a worst-case scenario. 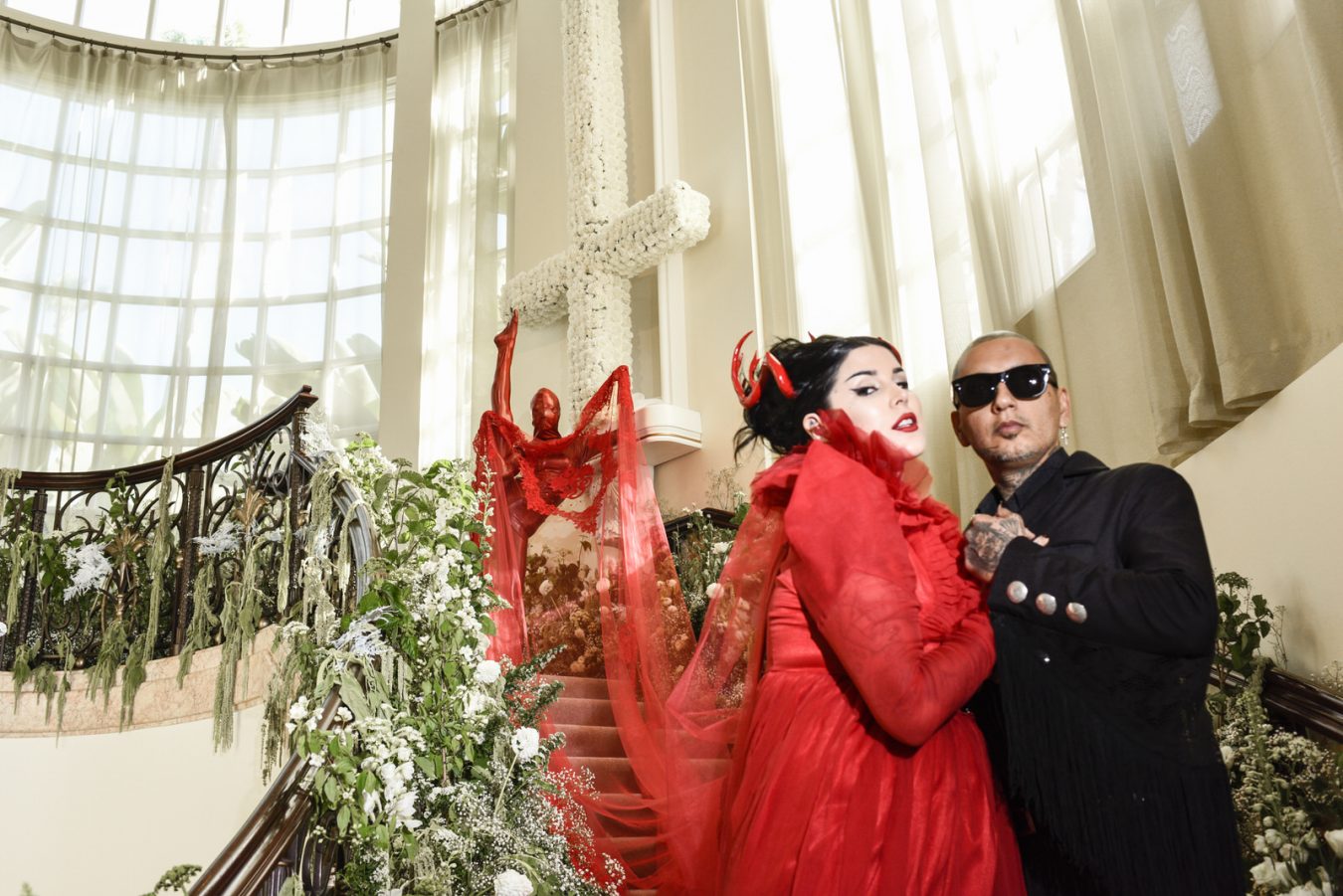 Now, for the million-dollar question, how do you cope under pressure?

That is real-easy, I just don’t take myself seriously at all and by extension, I’ve learnt to laugh through the hard times. 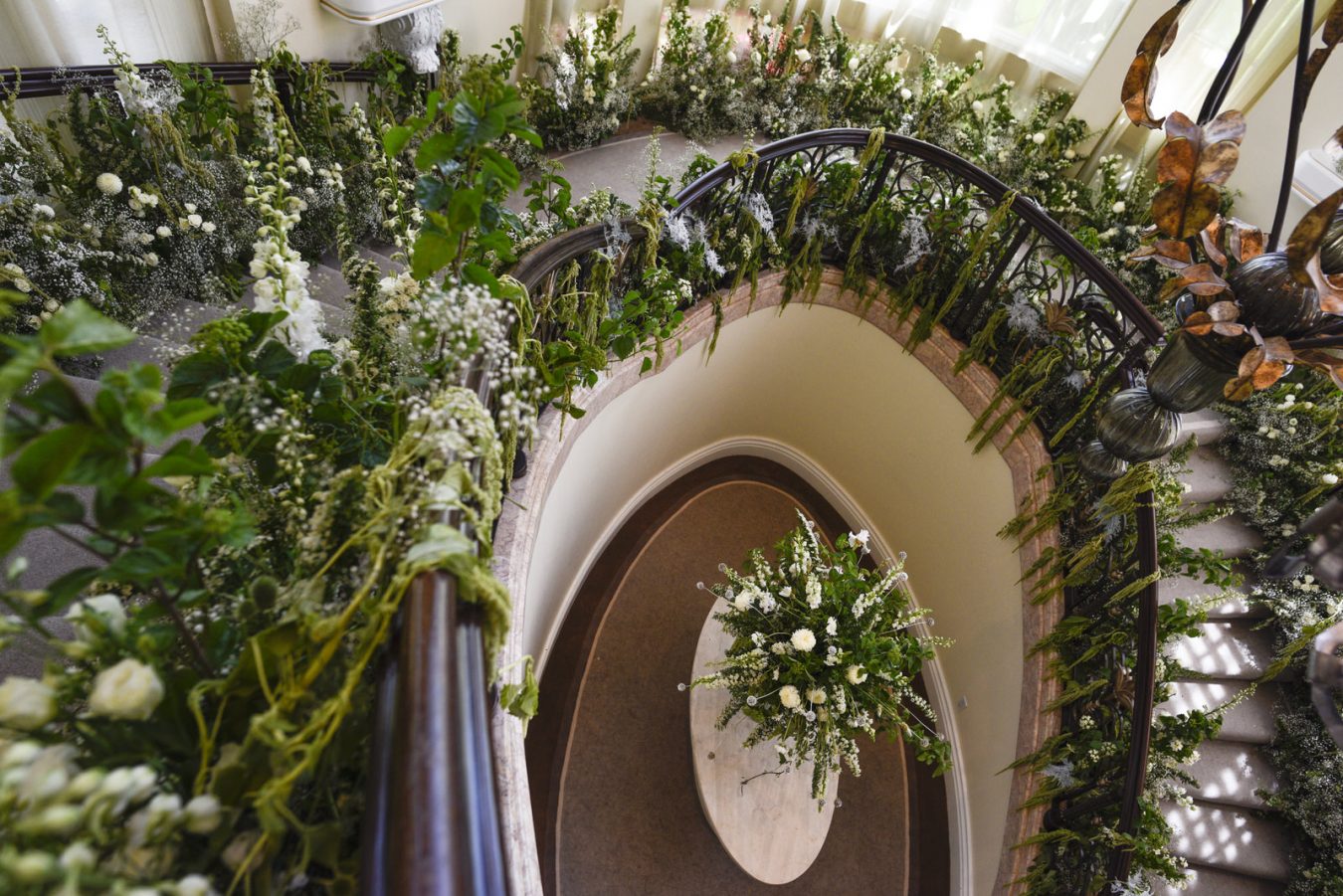 And finally, what’s the best piece of advice you’ve ever been given throughout your events career?

I have two things that were both told to me by someone who works for me, who got them from her time working for The Beverly Hills Hilton, and they are, ‘You’re not a bank, you’re a planner’ & “You can’t repossess a wedding!’ They’ve always stuck with me and I’ve even said them once already today. 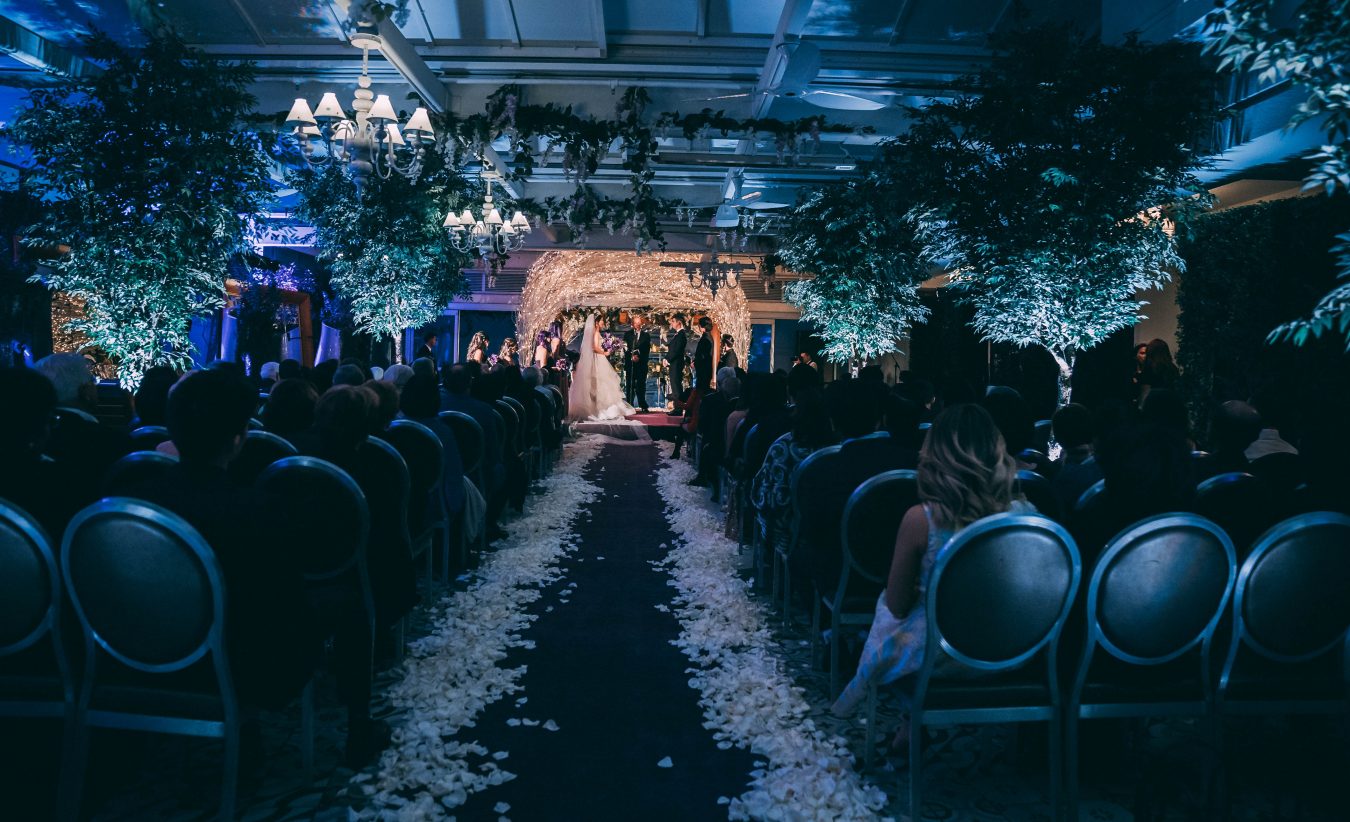 What a wealth of experience! We’re so lucky to have had all of that shared with us. A big thank you to Michele for her time and candour in this interview. We’ve gained some great insights into the Events Planning industry and some real gems of departing advice. If you haven’t seen it already, we highly recommend that you check out @center_of_attention_events Instagram account for lots of sneak-peeks into the 4th most Googled wedding of the year, as well as other wonders! We certainly can’t wait to see what’s next.