We have a new reader here at Bride Club ME, and some of you may be familiar with her. Priti Malik is co-host of the Kris Fade Show on Virgin Radio Dubai and recently became a bride-to-be after her fiancé proposed to her LIVE on air, while thousands of Dubai residents listened in suspense.

Priti moved to Dubai in August 2008 to work as a news presenter for ARN and eventually moved full time into Virgin Radio Dubai. Indian-American, born and raised in New York City, Priti never thought she would leave New York, but after making the move nearly 6 years ago, and meeting the man her dreams, it seems it was meant to be.

Unbeknown to Priti, her fiancé was planning a surprise proposal live while she was working on air. Priti had NO IDEA that he was about to PROPOSE to her live on the radio!  Below Priti talks us through the surprise proposal, and her exciting Dubai wedding plans. That’s right, Priti is marrying in Dubai, yay!

Did you have any idea of your fiancé’s proposal plans?

Our parents had already met and as I like to say were engaged the Indian way – which is just that our parents came to an agreement that this will happen.

But I still had no ring! I honestly had no idea that Jeftin would do something like this at all! I thought we were about to make an announcement related to RedFestDXB, which is why we had our camera crew there.

What was going through your mind when you realised he was about to propose to you live on air?

As soon as I heard Jeftin’s voice on the phone, I knew what just happened.  I didn’t really think he would show up to the studio – my thought was just ‘How did I not figure this out?!’

Tell us about the engagement ring, did hubby-to-be do good?

He did very well! Got my right cut, and just the right amount of bling! 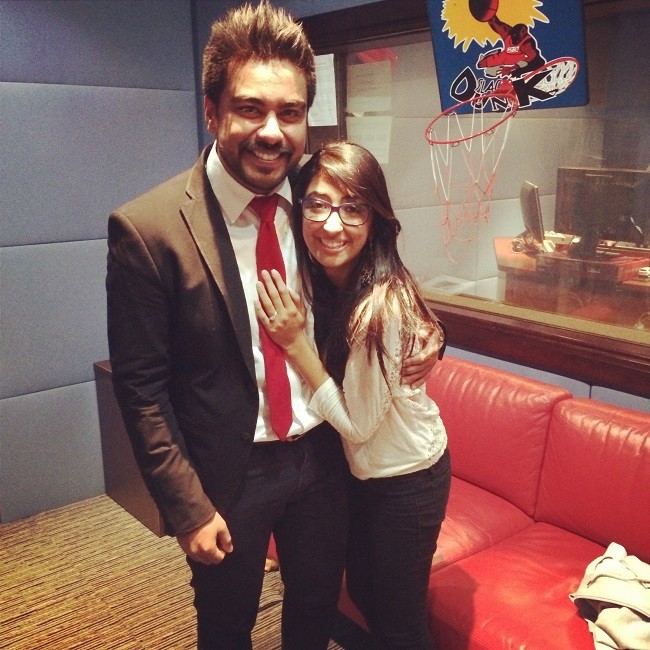 So now you are engaged, tell us about your wedding plans.

Well I am Hindu-Punjabi and he is Roman Catholic from Cochin, Kerala so it’s a Big Fat North and South Indian Wedding. We are planning on having both ceremonies with all the functions.  That means the dancing shoes have to be on for the entire week.

Well it wasn’t an easy decision.  Jeftin has grown up in the UAE, with his parents living in Ajman for over 30 years now.  We wanted to make sure the Church ceremony was here and I was keen on having the Hindu ceremony in NYC. But with flights, traveling, visas etc. it just seemed more logical to do it right here in Dubai especially since we both live here.  Planning a wedding is hard enough, but planning a wedding from thousands of miles away – even harder! 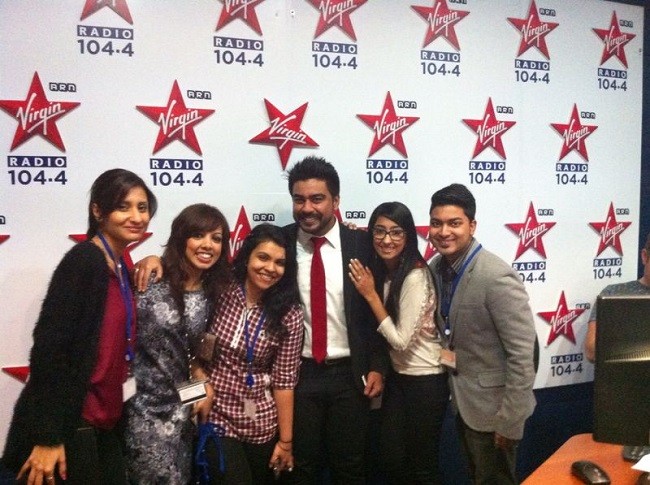 Lastly, what do you think of www.brideclubme.com? Will you be using our website for some ideas and inspiration for your special day ;)?

I’m finding www.brideclubme.com to be quite helpful. We aren’t enlisting a wedding planner, so we’re using all the tips, help and direction we can use. I will definitely be bookmarking a few vendor club pages for me to refer back to. I also love that you have reviews of different products and experiences, so that we don’t have to guess.