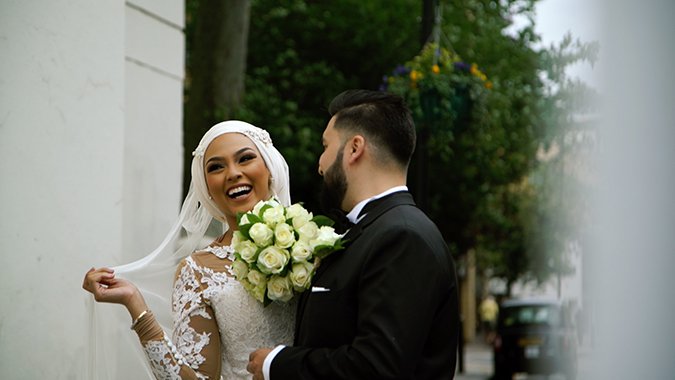 Get your tissues ready, as today’s real wedding from our vendors The Wedding Film Makers is guaranteed to make you shed a tear! Taking place in London, Manal and Aamir’s wedding was clearly a joyous occasion with plenty of smiles from the glowing bride and the couples’ guests. 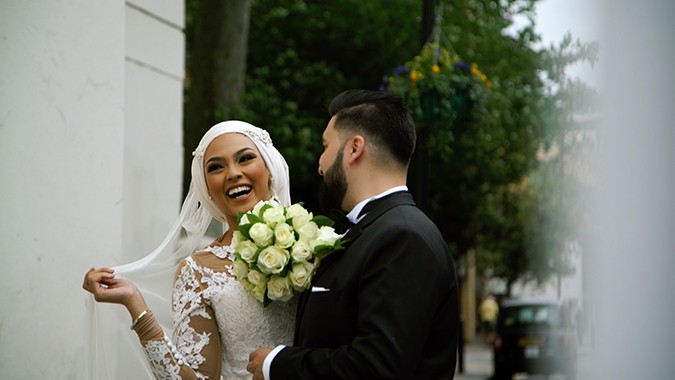 The wedding film is based largely on emotive speeches from friends and family, accompanied by a gorgeous soundtrack and images captured throughout the day. It’s obvious immediately how much love Manal and Aamir have for each other, and how their friends are so supportive of their marriage, despite Manal moving from Toronto to London.

Enjoy the video below, and learn more about how Manal and Aamir met and how The Wedding Film Makers worked with them on their big day. Enjoy!

A Note From The Videographer 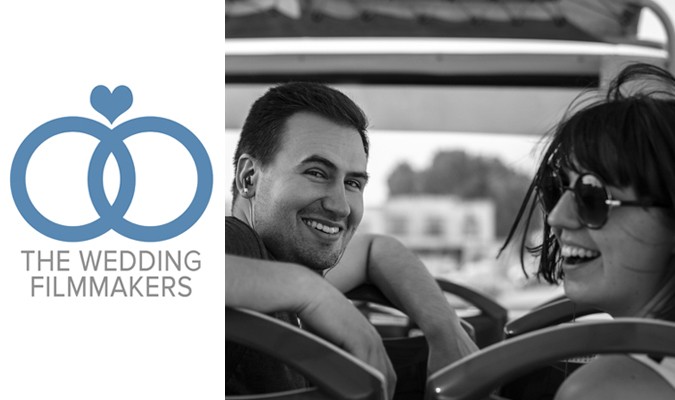 Above: Adam Galwas and Rachel Rowson, videographers with The Wedding Film Makers

When Aamir and Manal first contacted me about filming their wedding celebrations, I was really drawn in by the story of how they met. After striking up a conversation on Twitter about a popular TV series and talking for some time about the show, a friendship gradually developed between them. When they had been talking for a year or so, Aamir decided to take a leap of faith and travel half way around the world (from London to Toronto) to surprise Manal for her birthday. I knew from this initial phone call that their wedding would be a great deal of fun to shoot, and with such an interesting story the couple were really keen to incorporate this into their film somehow.

Having already celebrated their Canadian wedding, it was the turn of the Groom’s family to host their UK wedding in London. With many of the Bride’s family and friends making the journey from Canada, there were plenty of amusing stories that came out during the speeches which made for a great narrative for their film. The Bride is a make-up and beauty blogger with a large social media following on Youtube and Instagram. She was keen to share their wedding day highlights with her followers and wanted to make sure that lots of the details from their wedding day were included in the film too.

I just wanted to say that I am floored by how amazing our wedding video is! I’ve already watched it four or five times and you have captured everything I wanted you to capture. It is absolutely perfect and I couldn’t have wished for a better wedding video! 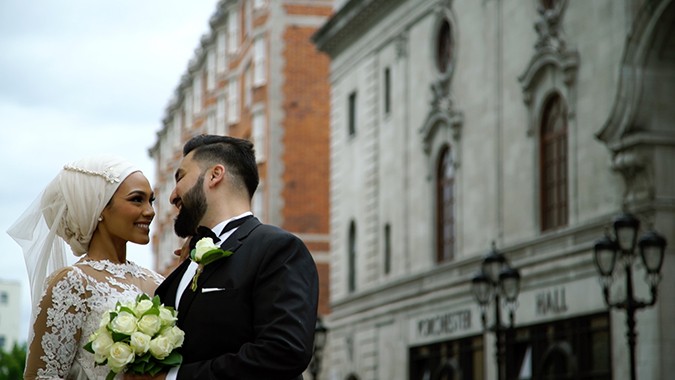