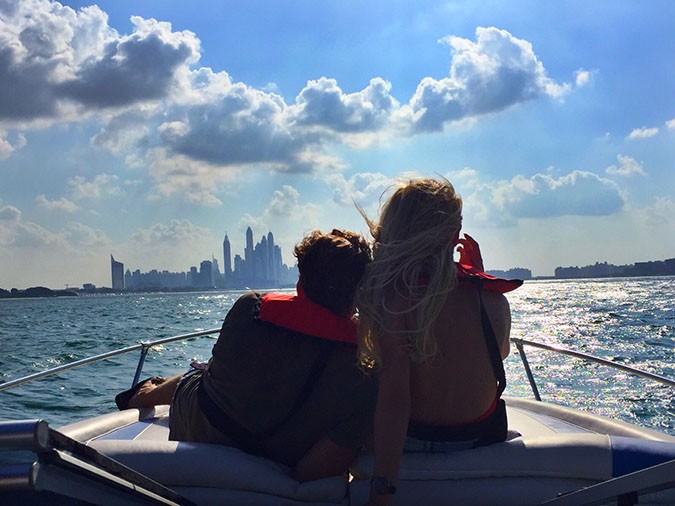 Written by on July 24, 2016.
Tagged under: Diary Of A Real Bride: Introducing Our real Bride Loren Penney

One thing we love at BCME is reader interaction – whether it be reviews, questions that form the basis our ‘expert advice’ features, or the submission of real weddings – we’re so happy to be able to help out and also hear how our audience have used the site when planning their own nuptials.

We’re therefore thrilled to be able to introduce you to our latest ‘real bride’, Loren Penney. Both Loren and our other real bride, Anna Lucas, will be updating you each month on the highs and lows of wedding planning, particularly from their sometimes stressful position of expat brides to be, miles from the support network of close family and friends. 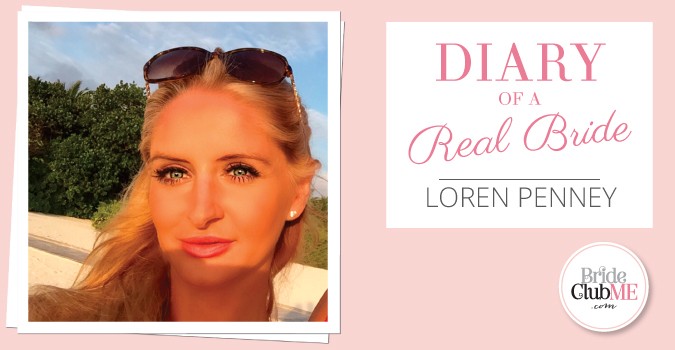 Loren has lived in Dubai for two years, and both her and her fiancé, Matt, are from the outskirts of London. After meeting through a mutual friend, Matt proposed in April 2016, and they are now in the very early stages of planning their wedding, which is likely to take place in either Dubai or London in Spring or Summer next year. Read on to find out how journalist and PR Director Loren found herself in the midst of planning her big day to Matt, despite thinking that she wasn’t too keen on weddings!

I’ve never been a bride-y girl. In fact, weddings have always made me shudder somewhat. The thought of a million eyes on you judging your dress choice and watching you kissing your new hubby as you stand at the altar wasn’t overly appealing (exaggeration is a bride’s prerogative so I’m told). And then there is the planning… gosh, is there planning. I used to wish I was the girl with the cute wedding folder full to the brim with magazine cut outs of chintzy cake stands and pantone colour charts, but I seemed to be simply missing that gene, instead leaving the nuptial madness to my best friend, who is (conveniently) based in Canada. Across many, many oceans. With a 9-hour time difference. And sometimes a language barrier.

That, however, all changed in April 2016 when my boyfriend of 18 months got down on one knee at the beach of our favourite hotel, The Waldorf Astoria Ras Al Khaimah. Naturally, it was at sunset.

That, however, all changed in April 2016 when my boyfriend of 18 months got down on one knee at the beach of our favourite hotel, The Waldorf Astoria Ras Al Khaimah. Naturally, it was at sunset. He was nervous and I wasn’t wearing my perfect outfit but he knew that a low-key proposal was just what I would want. After I’d managed to close my mouth from a combination of shock and gawping at how much my new ring sparkled (and of course more importantly, saying “yes”), I politely asked him to “get up” off the sand and immediately started planning a Pinterest board in my head. Was I a bohemian July bride? Or maybe a traditional Christmas bride? Would I wear Wang? Castigliano? Or Packham? It was official: the wedding bug had well and truly sunk its teeth into me in the space of a minute. 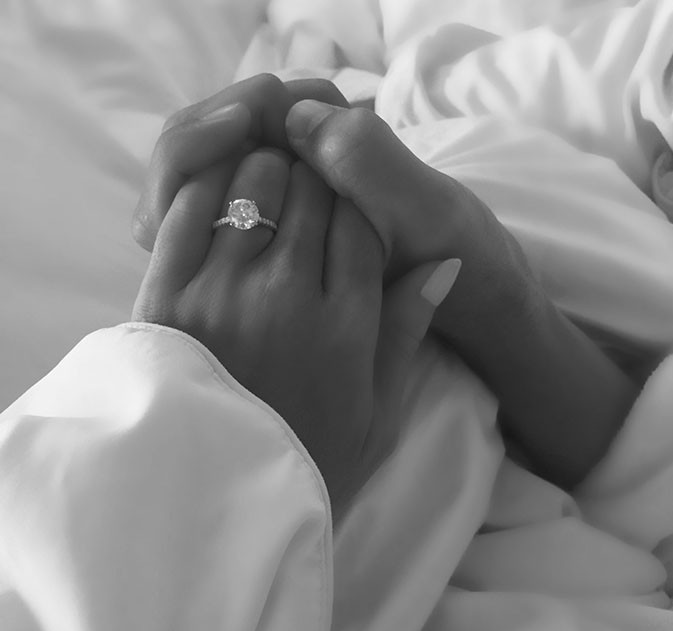 Matt and I met through a mutual friend. We’d stalked each other’s Facebook photos before we’d even met and I had begged the friend in question to introduce me to ‘that boy’.

Matt and I met through a mutual friend. We’d stalked each other’s Facebook photos before we’d even met and I had begged the friend in question to introduce me to ‘that boy’. She didn’t. I got over it and he continued eating out in restaurants alone (that’s how I like to imagine it) until I got a job offer in Dubai that Summer. Having almost forgotten about the ‘boy from the photos’, I packed up my bags and quit my magazine job in the UK to move halfway around the world to live in the sunshine and to embark on a new adventure. After all who needs boys right?

One month into my new life, whilst painting the town rainbow colours with said friend, ‘that boy’ joined us for cocktails at Trader Vic’s in the Madinat, and our eyes finally met over a Tiki Puka Puka. The rest, you could say, is history. Just three months after we had our first date, and after the terribly sad death of Matt’s father that Christmas, we became inseparable. I know it’s corny but nothing had ever felt so right; when you know, you really do just know. His kind heart and generous spirit complement my impatient, straight-forward nature and honestly, my Pinterest board just wouldn’t be the same without him on it. He even feigns interest when I show him ten identical centerpieces every few minutes.

Two months since our engagement, and the wedding of the dreams I didn’t even know I had is in full planning, chiavari chairs and all. Log in next month to read lorens second diary entry!