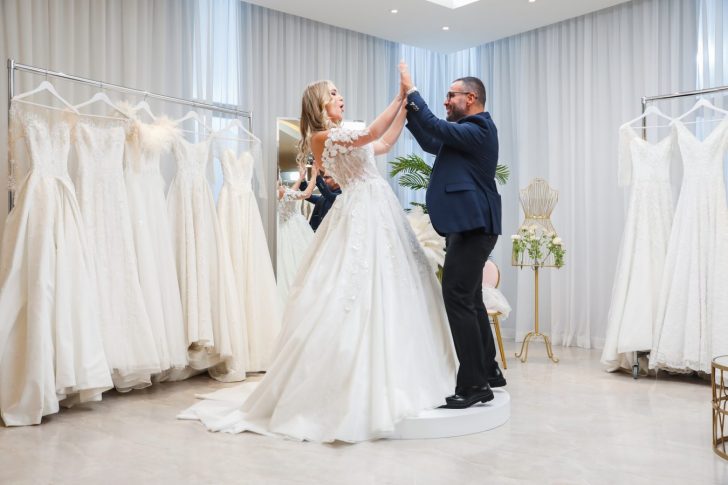 Diary Of A Real Dubai Bride – Will She Say YES To The Dress?

Written by Fairy Bride Mother on February 24, 2022.
Tagged under: Say Yes To The Dress, diary of a real bride, wedding dress

Our Diary of a real bride contributor Kenz, is now officially a celebrity! We may have to fight to keep her writing for us, in all seriousness though, we are super proud of our girl for making it onto TV gold, “Say Yes to the Dress”.  Read on below, to hear all of the juicy details! 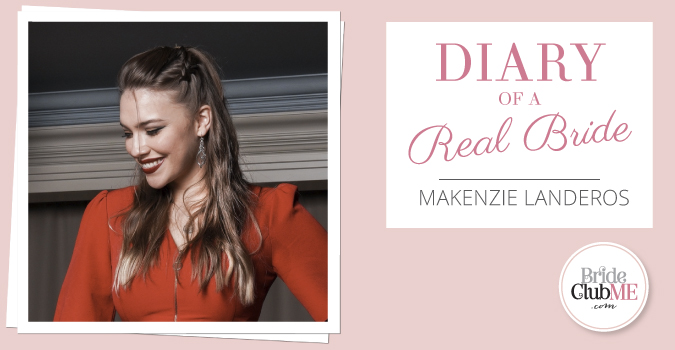 So I can finally talk about it! I was one of the brides on Say Yes to the Dress Arabia’s first ever season. By the time this article is published my episode would have already aired on February 25th, 2022, you can find it on STARZPLAY! At the time of writing this, it hasn’t come out,but let me tell you, I am NERVOUS, even though I had so much fun filming. 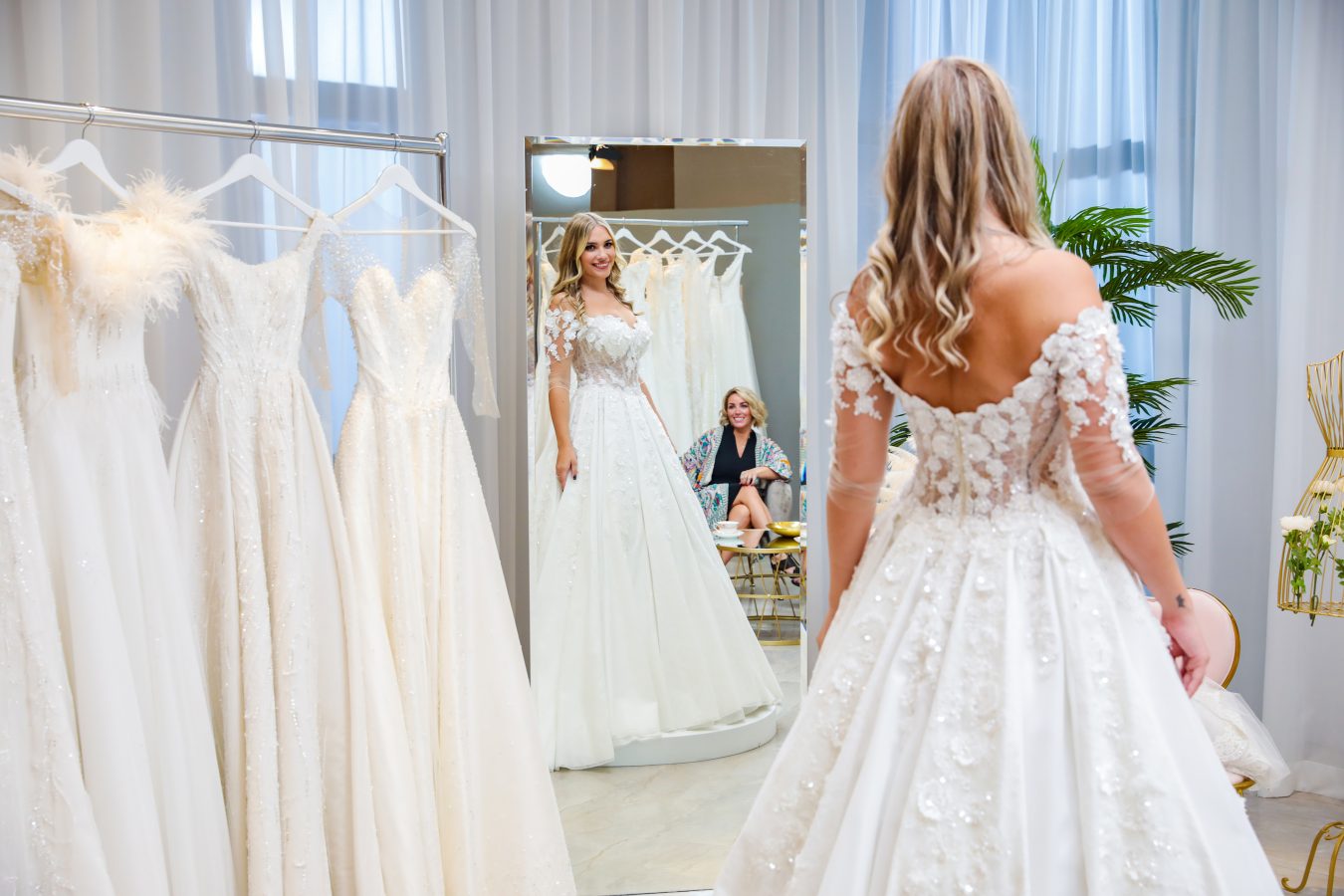 So, how did it happen? Bride Club ME put me forward, as the show contacted them initially to scout for brides. I actually got the call for it back when I was in Texas picking out venue locations for the wedding! They sent me a WhatsApp and I thought it was a scam at first (oops). But I’m so glad I decided to text them back to find out more. I always loved watching Say Yes to the Dress when I was younger with my mother, so I knew I had to “say yes” to the show!

When, where, and what happened? Recording happened back in October! I think I was one of the first brides to film. It was really cool though and the show host, Khalil was so nice, as was the assistant helping him. Hazar is one of the most beautiful wedding dress shops I’ve been to and the staff were exceptionally helpful. They had such a vast number of dresses, I was sad I could only try on a few! But, it was also cool to be able to try on the Indian dresses there as well (which they had brought in just for me). 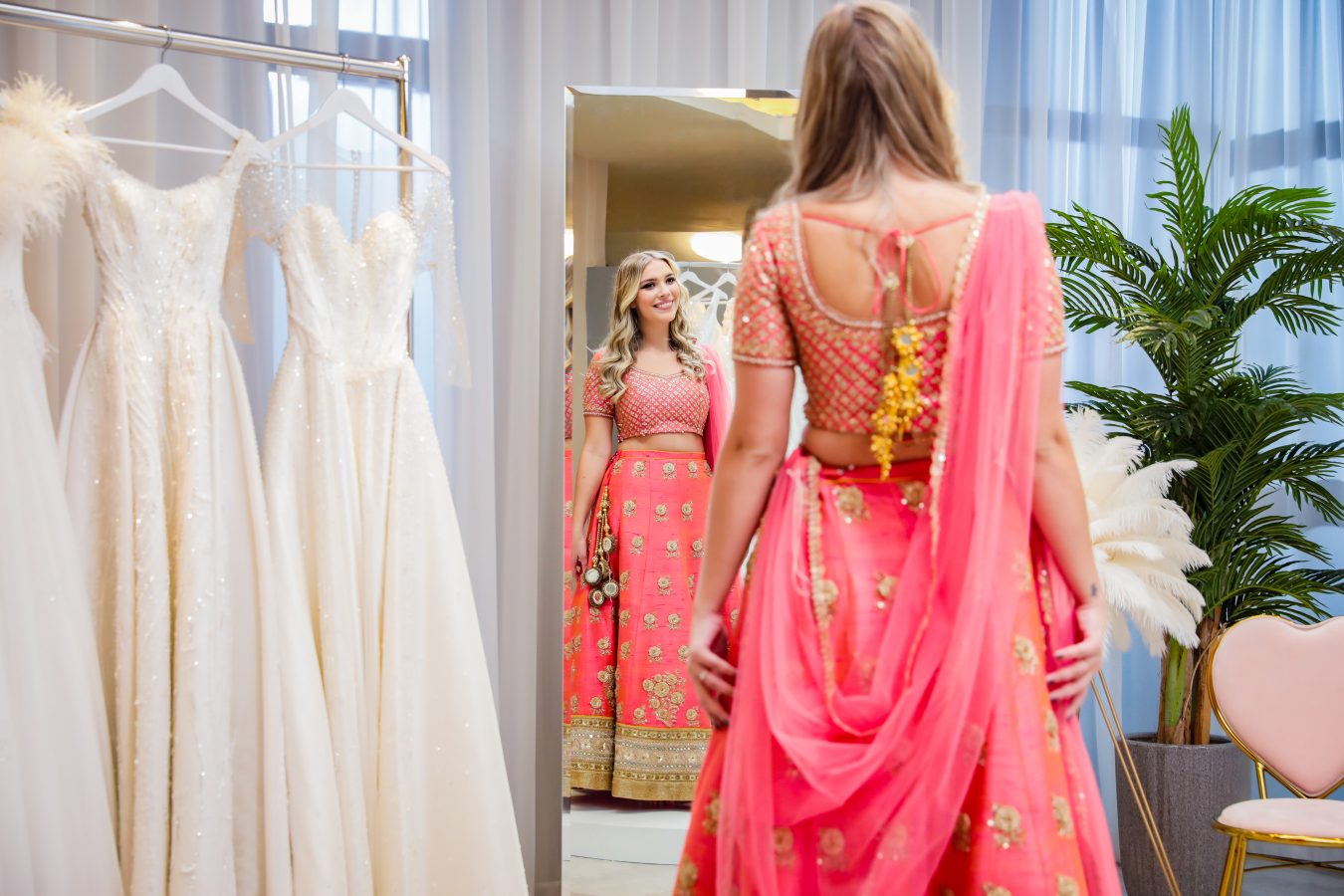 Why am I nervous? Well, anyone who knows my family, knows that we are extremely sarcastic and a little mean (in a fun way) to each other. I’m a bit concerned that somethings said could come across the wrong way. I do realise that most people know there’s not too much “reality” to reality TV, so I’m not overly worried of course. And I had so much fun, that I don’t really mind anyway.

Did I say yes??? Yes!…and no. I technically said yes to both of the dresses I tried on in the show, but I didn’t end up picking either of them. I was very close to buying the American dress I tried on in the show (I mean look at it, it’s stunning), I even went back for a second trial. But in the end, I was still in love with the one I had tried on before at a different store.

Overall it was such a cool experience and I absolutely loved being on a show I used to watch as a child.  It was lovely to have my mother, my grandmother (who flew up from Texas, not to see us, but to be on the show), and one of my best friends, Dan. I cannot wait for you to see the dresses I did end up getting! I can’t believe how soon the wedding is now… Have you been watching Say YES to the dress? Let us know your thoughts on the show in the comments below. Don’t forget to visit us next month to see Kenz’s latest bridal diary post and to find out how their wedding plans are progressing! You can also follow Makenzie over at @Kenzieland on Instagram for more wedding updates!